From 2004 through 2015, 94 patients had perforated foregut ulcers, 53 gastric, and 41 duodenal. 77 (82%) were treated by OP alone (study group) and 17 (18%) were treated with VPA (comparison group). All OP patients were discharged on PPIs, but only 86% took the drugs for a median of 22 months (1–192, SD 40). Endoscopy in the OP group showed recurrent ulcers in nine (12% recurrence rate) and gastritis in three (4%) This group also had three later recurrent perforations. Another recurrent ulcer hemorrhaged causing death (3% late mortality). Two other patients required non-emergent re-do ulcer operations for recurrent disease/symptoms (surgical re-intervention rate 4%). Total length of follow-up was median 44 months (1–192, SD 40) and was complete in 82 (87%). 18 (23%) patients in the OP group developed recurrent abdominal pain attributed to ulcer disease during follow-up, compared to 2 (12%) in the VPA group (p = 0.15). No patient in the VPA group had an endoscopic recurrence or re-intervention.

Omental patching does not correct the underlying disease process which causes foregut perforation, and has a 12% endoscopically proven recurrent ulceration rate and a 23% incidence of recurrent symptoms within 44 months. Patients tend to stop taking PPIs after 22 months at which time their risk increases. 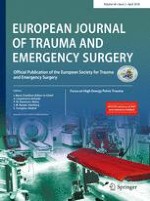