We prospectively included and followed 444 ischemic stroke patients with a first-ever supratentorial brain infarct for at least 2 years after their stroke regarding the occurrence of seizures. The final follow-up for mortality is from April 2015 (follow-up duration 24.5–27.8 years, mean 26.0 years, SD 0.9 years). We compared patients with early-onset seizures with all seizure-free patients, whereas the patients with late-onset seizures were compared with the 1-week survivors without any seizures. We used Cox-regression analyses to correct for possible confounding factors.

Both early-onset and late-onset seizures do not influence long-term mortality after ischemic stroke. 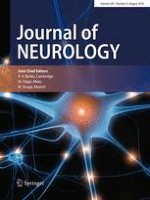 Can epilepsy be treated by antibiotics?