The prognosis of motor functional neurological disorder (FND) is considered poor; however, all data come from chronic cohorts collected by specialists. The aim of this study was to determine the clinical outcome of acute FND, captured as ‘stroke-mimics’.

A meta-analysis of studies with outcome data on functional stroke mimics. Authors were contacted to provide more information on their FND mimics, including baseline, discharge and follow-up stroke scales. A random effects meta-analysis of proportion of ‘good outcome’ was the primary measure of interest, with additional descriptive and statistical analysis. ‘Good outcome’ employed the usual conventions of modified Rankin Score (mRS) or National Institutes of Health Stroke Scale (NIHSS) ≤ 1.

Eight studies with 79 patients were identified and analysed, all of cohorts undergoing thrombolysis. The mean age at presentation was 49.7 years with a 62% female preponderance, and median NIHSS score of 4. The proportion of patients with mRS or NIHSS ≤ 1 changed significantly from admission to discharge or follow up [from 24 (30%) to 50 (63%), p < 0.001]. Meta-analysis of the synthesized data showed the pooled standardized mean change (SMC) was statistically significant (SMC = − 1.28, [95% CI = –2.25, − 0.30], p = 0.010) indicating good symptomatic outcome for acute FND patients presenting as stroke-mimics. Heterogeneity was large.

Patients presenting with acute motor FND have good outcome of their presenting symptoms by discharge and at follow-up, following thrombolysis for presumed stroke, in contrast to specialist cohorts. Demographic differences, in addition to the thrombolysis, are possible explanations for these more favourable results. 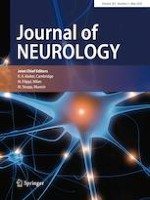 NfL and pNfH are increased in Friedreich’s ataxia