This study aimed to compare the biomechanical properties of the popliteus bypass against the Larson technique for the reconstruction of a combined posterolateral corner and posterior cruciate ligament injury.

Varus angulation, posterior translation, and external rotation increased after dissection (p < 0.01). The varus angulation was effectively reduced in both groups and did not significantly differ from the intact knee. No significant differences were found between the groups. Posterior translation was reduced by both techniques (p < 0.01), but none of the groups had restored stability to the intact state (p < 0.02), with the exception of group PB at 0°. No significant differences were found between the two groups. The two techniques revealed major differences in their abilities to reduce external rotational instability. Group PB had less external rotational instability compared to Group FS (p < 0.03). Only Group PB had restored rotational instability compared to the state of the intact knee (p < 0.04) at all degrees of flexion.

The popliteus bypass for posterolateral reconstruction has superior biomechanical properties related to external rotational stability compared to the Larson technique. Therefore, the popliteus bypass may have a positive influence on the clinical outcome. This needs to be proven through clinical trials. 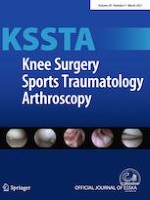