Metabolic disturbances have been correlated with suicidality, but little is known about the association between suicide risk and metabolic disturbances among individuals with depression. This study was to evaluate the prevalence and clinical correlations, especially cardio-metabolic associated factors of recent suicide attempts in Chinese patients with major depressive disorder (MDD).

A total of 288 MDD inpatients were recruited. Their clinical and demographic data together with plasma glucose, lipid and thyroid function parameters were collected. Self-Rating Depression Scale (SDS), Self-Rating Anxiety Scale (SAS) and Eysenck Personality Questionnaire (EPQ) were rated for most of the patients.

Of these MDD inpatients, 20.14% had attempted suicide during the past 1 month. Compared to those who had not attempted suicide, the suicide attempters had a significantly longer duration of illness, lower low-density lipoprotein (LDL) cholesterol, lower total cholesterol, and more psychotic symptoms. However, all these significant results did not survive after the bonferroni correction (all p > 0.05). A logistic regression analysis indicated that suicide attempts were associated with the lower total cholesterol and more psychotic symptoms. 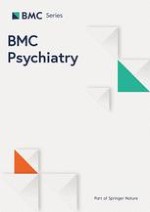 Quality of assistance provided by members of the Australian public to a person at risk of suicide: associations with training experiences and sociodemographic factors in a national survey

Effectiveness of the Japanese standard family psychoeducation on the mental health of caregivers of young adults with schizophrenia: a randomised controlled trial