Cognitive impairment is prevalent in multiple sclerosis (MS) occurring in 43–72 % of patients with all MS phenotypes. The aim of our study was to assess cognitive performance in different MS subtypes in Serbian population. Rao’s Brief Repeatable Battery of neuropsychological tests (BRB-N) was administered to 168 MS patients [37 patients with clinically isolated syndrome (CIS) suggestive of MS, 65 with relapsing-remitting MS (RRMS), 31 with secondary progressive MS (SPMS) and 35 patients with primary progressive MS (PPMS)]. The percentage of cognitively impaired patients in our total MS cohort was 58.9 %. Prevalence of cognitive dysfunction was 40.5 % in CIS group, 36.9 % in RRMS, 96.8 % in SPMS, and 85.7 % in PPMS group. Patients in CIS and RRMS groups performed consistently better all tests of the Rao’s battery than patients in SPMS and PPMS cohort. CIS and RRMS groups performed consistently better in all tests of the Rao’s battery than SPMS and PPMS cohort. Additionally, difference in the performance of any of the BRB-N tests was not found between CIS and RRMS. However, there was a significant difference between SPMS and PPMS patients in the performance on five tests of Rao’s battery. Statistical significance (p < 0.05) in favor of PPMS patients was demonstrated for the following tasks: SRT_lts, SRT_cltr, SDMT, SRT_D, SPART_D. Our study demonstrates that cognitive impairment is frequent in all MS phenotypes. Furthermore, we have found that cognitive deficit is most severe and most frequent in SPMS patients, followed by PPMS subjects and then CIS and RRMS patients. 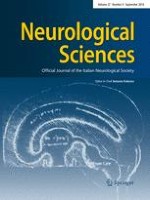 Mobitz type I and II atrioventricular blocks during fingolimod therapy