Stroke therapy options have focused on limiting the infarct volume. Neutrophil to lymphocyte ratio (NLR) can be valuable to detect the patients that required intensive treatment at early stage by predicting infarct volume. The aim of this study is to evaluate the relationship between NLR and infarct volume according to the stroke territory, and to determine the prognostic value of NLR for predicting 3-month mortality in acute ischemic stroke (AIS) patients.

A total of 107 patients with AIS were enrolled and followed up 3 months in terms of mortality. Study population was divided into two groups according to the stroke territory: anterior circulating stroke (ACS) and posterior circulating stroke (PCS). All patients underwent magnetic resonance imaging. The complete blood count and venous blood samples were obtained from the patients on admission to the emergency department.

NLR is significantly correlated with ACS infarct volume, but not with PCS infarct volume in AIS. Also, NLR was an independent predictor of 3-month mortality in AIS patient. 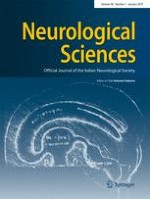 Effect of patients’ expectations on clinical response to fampridine treatment