To study the ratio of ablation zone volume to applied energy in computed tomography (CT)-guided radiofrequency ablation (RFA) and microwave ablation (MWA) in patients with hepatocellular carcinoma (HCC) in a cirrhotic liver and in patients with colorectal liver metastasis (CRLM).

In total, 90 liver tumors, 45 HCCs in a cirrhotic liver and 45 CRLMs were treated with RFA or with one of two MWA devices (MWA_A and MWA_B), resulting in 15 procedures for each tumor type, per device. Device settings were recorded and the applied energy was calculated. Ablation volumes were segmented on the contrast-enhanced CT scans obtained 1 week after the procedure. The ratio of ablation zone volume in milliliters to applied energy in kilojoules was determined for each procedure and compared between HCC (RHCC) and CRLM (RCRLM), stratified according to ablation device.

With RFA, there was no significant difference in energy deposition ratio between tumor types. With both MWA devices, the ratios were higher for HCCs. Tailoring microwave ablation device protocols to tumor type might prevent incomplete ablations. 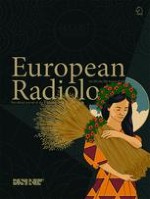 The role of breast tomosynthesis in a predominantly dense breast population at a tertiary breast centre: breast density assessment and diagnostic performance in comparison with MRI