The RIPASA score is sensitive and specific for the diagnosis of acute appendicitis in a western population | springermedizin.de Skip to main content
TOOLBAR 1 2 3 4
SUCHE MENÜ 1 2 3 4

All patients who presented to our institution with right iliac fossa pain and clinically suspected AA between January 1 and December 31, 2015, were indentified from our hospital inpatient enquiry database and retrospectively studied. Operating theatre records and histology reports confirmed those who underwent a non-elective operative procedure and the presence or absence of AA. SPSS version 22 was used for statistical analysis. Standard deviation is provided where appropriate.

The RIPASA score is a useful tool to aid in the diagnosis of acute appendicitis in the Irish population. A score of ≥7.5 provides sensitivity and specificity exceeding that previously documented for the Alvarado score in Western populations.

What does this paper add to the literature?

This is the first study evaluating the utility of the RIPASA score in predicting acute appendicitis in a Western population. At a value of 7.5, a cut-off score suggestive of appendicitis in the Eastern population, RIPASA demonstrated a high-sensitivity, specificity, positive predictive value and diagnostic accuracy in our cohort and was more accurate than the commonly used Alvarado score. 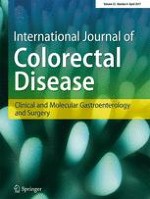