COPD (chronic obstructive pulmonary disease) is a treatable and preventable disease state, characterized by progressive airflow limitation that is not fully reversible. It is a current and growing cause of mortality and morbidity worldwide. The pathological hallmarks of COPD are destruction of the lung parenchyma (pulmonary emphysema), inflammation of the central airways (chronic bronchitis) and inflammation of the peripheral airways (respiratory bronchiolitis). The destructive changes and tissue remodelling observed in COPD are a result of complex interactions between cells of the innate and adaptive immune systems, with growing interest in the role of CD8 + T lymphocytes.
By collating the current evidence, this systematic review aims to determine the exact role that CD8 + T lymphocytes have in the pathogenesis of COPD. Since the burden of COPD is increasing, a better understanding of the underlying pathology could help to identify new therapeutic targets.
Anzeige

The database searches revealed a total of 798 papers which was reduced further to 710 following removal of duplicates. Title and abstract screening of the remaining papers was conducted using Rayyan systematic review scanner software. Common reasons for exclusion included publications which did not consider COPD or CD8 + T lymphocytes specifically and those of the wrong publication type, such as review articles. Further to this, papers written in a foreign language were excluded due to the potential loss of meaning in translation. The decision to place a time restriction to the last 15 years (2005 onwards) was made to only include the most topical research. Consequently, 51 papers were identified for full text analysis.
Three publications were excluded during full text analysis, of which two were conference abstracts whereas one was not in English. A final total of 48 papers were included in the study. The PRISMA 2009 flow chart of article selection is shown in Fig.  1.
×
Further details of the search strategy and inclusion/exclusion criteria for this systematic review are given in Online Resource 1. Following full text screening, 48 papers were identified for inclusion.

Other effector functions of CD8 + T lymphocytes in COPD

Five studies investigated other effector functions of CD8 + T lymphocytes in COPD. Four were mouse models [ 40– 43] and one human [ 44]. Lung tissue was sampled in all four mouse models, three of which also examined BAL [ 41– 43], whereas lung tissue, BAL and peripheral blood were sampled in the human study (further details are given in Online Resource 6).
Dysregulation of the CD8 + T cell receptor (TCR) was found in two studies [ 40, 44] and the indirect effects of CD8 + T lymphocytes in the inflammatory process of COPD were shown in three murine models [ 41– 43].

Role of CD8 + T lymphocytes in acute exacerbations of COPD

There were four papers identified which highlighted the role of CD8 + T lymphocytes in acute exacerbations of COPD (AECOPD) [ 45– 48] (further details are given in Online Resource 7). Two studies which analysed peripheral blood had contrasting conclusions. When comparing the same subjects at stable condition and at AECOPD, Freeman et al. [ 46] showed that CD8 + T lymphocytes decreased significantly in AECOPD and then increased back to a constant level at stable condition. They also concluded that the decline in CD8 + T cell frequency could be a potential marker of AECOPD since it preceded the onset of symptoms. Conversely, Chen et al. [ 45] compared three subject groups and highlighted that the percentage of CD8 + T lymphocytes in the peripheral blood was significantly greater in AECOPD than in stable COPD and non-smoking control samples.
There was overall agreement that the percentage of CD8 + T lymphocytes increased in the lungs of patients at onset of AECOPD. This was reported by two studies, both of which took induced sputum samples at the initial onset of exacerbation and then again after a follow-up of 8 or 16 weeks [ 47, 48].

This review confirms that the number of CD8 + T lymphocytes is increased in the lungs of patients with COPD. It also highlights the increased capacity of these cells to exert effector functions; namely secretion of pro-inflammatory cytokines and expression of cytotoxic proteins, and goes on to outline several potential mechanisms for their role in disease pathogenesis. The lack of evidence in some areas made it impossible to draw firm conclusions at this stage, but also identified some promising areas for further investigation.
Open AccessThis article is licensed under a Creative Commons Attribution 4.0 International License, which permits use, sharing, adaptation, distribution and reproduction in any medium or format, as long as you give appropriate credit to the original author(s) and the source, provide a link to the Creative Commons licence, and indicate if changes were made. The images or other third party material in this article are included in the article's Creative Commons licence, unless indicated otherwise in a credit line to the material. If material is not included in the article's Creative Commons licence and your intended use is not permitted by statutory regulation or exceeds the permitted use, you will need to obtain permission directly from the copyright holder. To view a copy of this licence, visit http://​creativecommons.​org/​licenses/​by/​4.​0/​. 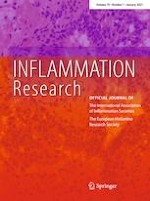 Untying the correlation between apolipoproteins and rheumatoid arthritis