Based on this single surgeon experience, there may be no protective benefit with the use of IONM during tracheal surgery. 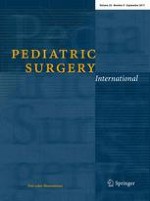