Mast cells (MCs) are densely granulated perivascular resident cells of hematopoietic origin and well known for their pathogenetic role in allergic and anaphylactic reactions. In addition, they are also involved in processes of innate and adaptive immunity. MCs can be activated in response to a wide range of stimuli, resulting in the release of not only pro-inflammatory, but also anti-inflammatory mediators. The patterns of secreted mediators depend upon the given stimuli and microenvironmental conditions, accordingly MCs have the ability to promote or attenuate inflammatory processes. Their presence in the central nervous system (CNS) has been recognized for more than a century. Since then a participation of MCs in various pathological processes in the CNS has been well documented. They can aggravate CNS damage in models of brain ischemia and hemorrhage, namely through increased blood–brain barrier damage, brain edema and hemorrhage formation and promotion of inflammatory responses to such events. In contrast, recent evidence suggests that MCs may have a protective role following traumatic brain injury by degrading pro-inflammatory cytokines via specific proteases. In neuroinflammatory diseases such as multiple sclerosis, the role of MCs seems to be ambiguous. MCs have been shown to be damaging, neuroprotective, or even dispensable, depending on the experimental protocols used. The role of MCs in the formation and progression of CNS tumors such as gliomas is complex and both positive and negative relationships between MC activity and tumor progression have been reported. In summary, MCs and their secreted mediators modulate inflammatory processes in multiple CNS pathologies and can thereby either contribute to neurological damage or confer neuroprotection. This review intends to give a concise overview of the regulatory roles of MCs in brain disease. 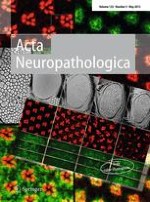