Some 15 years ago, sentinel lymph node biopsy (SLNB) replaced axillary lymph node dissection (ALND) for nodal staging in clinically node-negative breast cancer patients. Although less invasive compared to ALND, the SLNB is still associated with non-neglible morbidity. For example, lymph oedema is reported in 5–8 % of patients after an SLNB [ 1, 2]. Other common complications are pain, paresthesia, decreased arm strength and shoulder stiffness [ 3]. Sixty percent of newly diagnosed breast cancer patients are pathologically node negative and consequently do not benefit from SLNB. Nonetheless, these patients are at risk of its complications.
As a result, there is a continuous search for novel, non-invasive nodal staging techniques that can accurately identify lymph node-negative breast cancer patients. Hypothetically, a non-invasive technique with high sensitivity and negative predictive value (NPV) could replace SLNB, eliminating its morbidity risk. Very small metastases will be hard to detect with any imaging technique, but recent studies have shown that these small metastases, such as isolated tumour cells (i.e., N0i+, <0.2 mm) and micrometastases (i.e., N1mi, 0.2 –2.0 mm), do not influence overall survival. Consequently, sensitivity for detecting very small metastases is less important [ 4], creating a window of opportunity for (non-invasive) imaging techniques that might be able to perform axillary staging of breast cancer patients.
Anzeige
In recent years, many non-invasive imaging modalities, such as ultrasound or PET-CT, have been suggested for this purpose. We opted to systematically review the current evidence of axillary staging using MRI, since it appears to have several advantages over other imaging modalities, such as the lack of ionising radiation (compared to PET/CT) or less intra- and interobserver variation (common in ultrasound examinations).
The aim of this systematic review is to determine whether the diagnostic performance of MRI is sufficient to confidently exclude axillary lymph node metastasis in breast cancer patients, preventing node-negative patients from undergoing unnecessary invasive staging procedures such as SLNB.

In- and exclusion criteria

Two independent reviewers searched for eligible articles and excluded duplicates. First, irrelevant articles based on the abstract and title were excluded by one reviewer and verified by the second one. Second, predefined in- and exclusion criteria were applied. Third, the full text of the remaining articles was obtained and considered by both reviewers. The study selection process did not apply any time or language restrictions. In the last phase, only two articles were additionally excluded (Spanish and Chinese).

A total of 1,372 potentially eligible studies were identified in the primary search. After a first selection 1,220 articles were excluded. Of the remaining 152 studies, duplicates between various searches were removed, leaving 98 studies. During a second selection, abstracts of the remaining 98 studies were read and in- and exclusion criteria were applied, leaving 15 studies to be reviewed. One additional study was found in the references of an included article, and after applying the in- and exclusion criteria, it was included in this review. Therefore, a total of 16 articles were selected for this systematic review [ 7– 22]. The search and selection processes are summarised in Fig.  1.
×

Quality assessment of the included studies is summarised in Table  3. A significant risk of bias was observed in three included studies [ 9, 15, 17]. The following items scored poorly or unclear overall: the patient selection, conduct or interpretation of the index test, conduct or the interpretation of the reference standard, and flow and timing of the study.
Table 3
Presentation for QUADAS-2 results

Diagnostic performance of MRI in axillary lymph node staging: Dedicated to the axilla versus covering the breast and axilla

First, the included studies were very heterogeneous in their study designs. They used different imaging sequences (T1w, T2w, DCE, DWI and T2*w), different radiofrequency coils and different contrast agents (gadolinium-based and USPIO). This stopped us from pooling data and resulted in a more descriptive analysis of the results.
Second, publication and selection bias is a study limitation in every systematic review. The tendency to not publish studies with negative results might lead to an overestimation of our results. By using the PRISMA approach in combination with an extensive search, selection and inclusion, we think that the influence of publication and selection bias is limited. 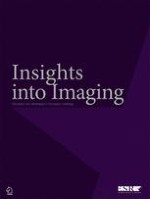 Medical imaging in personalised medicine: a white paper of the research committee of the European Society of Radiology (ESR)

Magnetic resonance imaging of sellar and juxtasellar abnormalities in the paediatric population: an imaging review

A practical approach to imaging the axilla