Obesity remains a major health concern for which surgery has proven to be the most effective treatment in the long term. Routine upper gastrointestinal endoscopy (UGE) is recommended before surgery, but few studies have evaluated its impact on postoperative complications.

We studied a cohort of 613 patients submitted to UGE before being listed for bariatric surgery between May 2004 and May 2015. A logistic regression analysis was performed to evaluate potential predictors of postoperative complications. 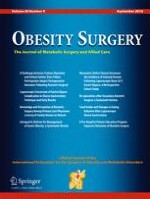 Letter to the Editor/LED Reply

Reply to: What Causes Late Perforation of the Jejuno-Jejunal Anastomosis After Roux-en-Y Gastric Bypass Surgery?