The role of the built environment in a randomized controlled trial to increase physical activity among men with prostate cancer: the PROMOTE trial | springermedizin.de Skip to main content
TOOLBAR 1 2 3 4
SUCHE MENÜ 1 2 3 4

The purpose of the study was to examine the association between the built environment and physical activity (PA) in prostate cancer survivors (PCS), as well as whether built environment factors (walkability, count of sports complexes) were effect modifiers of a PA intervention.

Our study included 165 PCS residing in Edmonton, Alberta, from the PROMOTE trial. The PROMOTE trial was a randomized controlled trial of a behaviour change intervention to increase PA and quality of life in PCS. In the PROMOTE trial, 423 PCS were randomly assigned to a standard physical activity recommendation, self-administered implementation intention, or telephone-assisted implementation intention group. PA and quality of life outcomes were assessed at baseline, 1, and 3 months. To explore the role of the built environment, this study examined walkability and count of sport complexes.

Linear regression analyses revealed that the self-administered intervention group had an increase in self-reported PA minutes/week (β = 133.4, 95% CI = −18.9 to 285.6); however, none of the built environment variables were found to be significantly associated with PA. The logistic regression showed that the self-administered intervention group had a significantly greater likelihood of meeting the PA guidelines (OR = 2.1, 95% CI = 0.9 to 4.9), though no built environment variables were associated with PA levels.

Our findings suggest that the built environment was not associated with PA and was not an effect modifier in a PA behaviour change intervention for PCS. Further research is needed before clear conclusions can be generated (ClinicalTrials.​gov number NCT01410656). 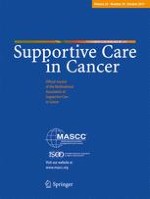 Mindfulness-based stress reduction for breast cancer patients: a mixed method study on what patients experience as a suitable stage to participate