The goal of this study was to assess the safety and efficacy of hyaluronan (HA) with/without corticosteroid in patients with knee osteoarthritis (OA). In a 1-year, randomized, single-blind trial, 24 patients were treated with HA weekly for 3 weeks, then three injections on the 6th month for a total of six injections. Sixteen patients were treated the same but with the addition of 1 ml triamcinolone acetonide prior to the first and fourth HA injection. The treatment was repeated at the sixth month. The patients were evaluated with the Western Ontario and McMaster University Osteoarthritis Index (WOMAC) and the visual analog pain scale (VAS). After 1 year, progression of OA was evaluated with magnetic resonance imaging (MRI). During the study, pain relief was marked in patients who received combined treatment with respect to WOMAC pain and VAS (p<0.05). At the first year, no progression was observed in either treatment group. Although all patients had improvement for both pain and function, HA together with corticosteroid was superior to HA alone for early pain relief. The MRI findings showed that neither treatment showed a progression on the damage of the cartilage. 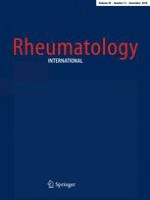 Intra-articular hyaluranic acid compared with progressive knee exercises in osteoarthritis of the knee: a prospective randomized trial with long-term follow-up

The effect of pulsed electromagnetic fields in the treatment of cervical osteoarthritis: a randomized, double-blind, sham-controlled trial