The purpose of this study was to investigate the differences in facial profile development between unoperated adult cleft palate (UACP) patients and normal controls and to analyse the reasons for the differences.

A total of 50 individuals with a unilateral cleft palate and 20 normal controls were selected to undergo angular measurement of their facial profiles. Data with significant differences between the two groups were analysed. 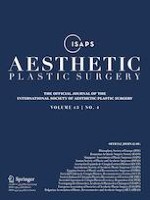 Closed-Suction Drains After Subcutaneous Mastectomy for Gynecomastia: Do they Reduce Complications?