Whereas hospitals have been assumed as the sites for spreading infection at level of world health, therefore, the current descriptive study has been conducted on 248 inpatients and outpatients who were suspected to fungal infection or disease. Samples were collected from several wards along with radiographic and endoscopic analyses in three hospitals, including urine, blood, skin, nail, wound (burning, surgery, eye and injury), lung, phlegm, ascites, bronchoaveolar lavage, (cerebrospinal, abdominal, and knee) fluids, peritoneum, fistula, ear tests and biopsy and sent to reference mycological center. The fungal species were identified by studying their macroscopic and microscopic and using PCR-RFLP technique. Among total studied patients, 180 cases had fungal elements; among which, there were 53 (29%) nosocomial infection and 127 (71%) community-acquired infection cases out of which inpatients and outpatients suffered from fungal diseases. The highest incidence of nosocomial infection belongs to intensive care units (ICU) ward in 16% of patients. The most common isolated fungi were Candida spp. The statistical results of this study suggest nosocomial fungal infections as the most important problems in the course of treatment among hospitalized patients who are more likely to be infected. 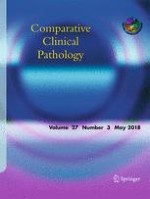