The aim of this study was to create an Urban Dental Index (UDI) for Perth, Western Australia, adapting a method utilised by the World Health Organisation. Dental health indicators were derived from the 2011 census, standardised on a (0,1) interval, amalgamated using a geometric mean, and mapped to identify dental health inequity. The validity of the UDI was tested by comparison with oral cellulitis data. Dental health disparities were examined using a ratio of the mean of the highest to lowest decile and slope of the eight middle deciles. The robustness of the UDI was tested using indicator correlation, weighting, and systematic indicator removal. There were a high proportion of low UDI census areas outside the inner city. Adult public dental clinics were unevenly distributed across these low UDI areas. The UDI was significantly correlated with oral cellulitis data and had a moderate disparity ratio (1.69) and slope (0.23). All dental indicators were highly correlated, and UDIs calculated with weighted indicators and indicators removed were significantly correlated with the original UDI. These results indicate that the UDI is a robust tool which can be used by policy makers to target dental health initiatives to high-risk areas.
Anzeige 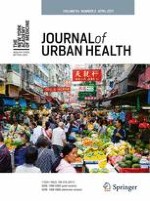 FEAST: Empowering Community Residents to Use Technology to Assess and Advocate for Healthy Food Environments

Does Employment-Related Resilience Affect the Relationship between Childhood Adversity, Community Violence, and Depression?

Impact of the China Healthy Cities Initiative on Urban Environment