The use of mannitol in partial and live donor nephrectomy: an international survey | springermedizin.de Skip to main content
TOOLBAR 1 2 3 4
SUCHE MENÜ 1 2 3 4

Animal studies have shown the potential benefits of mannitol as renoprotective during warm ischemia; it may have antioxidant and anti-inflammatory properties and is sometimes used during partial nephrectomy (PN) and live donor nephrectomy (LDN). Despite this, a prospective study on mannitol has never been performed. The aim of this study is to document patterns of mannitol use during PN and LDN.

A survey on the use of mannitol during PN and LDN was sent to 92 high surgical volume urological centers. Questions included use of mannitol, indications for use, physician responsible for administration, dosage, timing and other renoprotective measures.

A large majority of high-volume centers performing PN and LDN use mannitol for renoprotection. Since there are no data proving its value nor standardized indication and usage, this survey may provide information for a randomized prospective study. 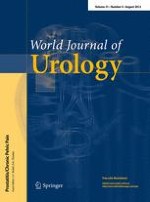