To investigate the value of spatiotemporal image correlation (STIC) technique in the ventricular septal defect diagnosis.

A total of 1,163 fetuses were enrolled in this study, diagnosed by fetal echocardiography and analyzed by STIC technique. We obtained effective STIC volumes from the fetus according to the Goncalves’ report, and judged fetal cardiac structure from STIC volume information again with a double-blind method. Another echocardiography was obtained during neonatal or infant period as follow-up.

(1) As much as 1,062 cases were diagnosed to have normal fetal heart by fetal echocardiography, 43 cases had congenital heart disease without VSD, and 58 cases had VSD [21 cases (36.2%) were simple VSD and 37 cases (63.8%)were VSD with other heart malformation]. (2) Three fetal VSD cases (0.26%) were missed and one normal case was diagnosed as VSD after two-dimensional (2D) echocardiography. STIC technique corrected the diagnosis for two cases: one case of VSD after fetal 2D echocardiography was confirmed to be normal with STIC and neonatal heart examination; one case that was diagnosed as normal by fetal 2D echocardiography was confirmed to have VSD with STIC and neonatal heart examination.

The special value of STIC technique in the diagnosis of VSD had been confirmed by this study, and it had been proved as the best additional method to fetal echocardiography. 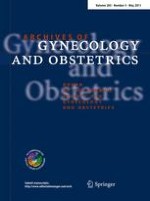 Aggressive angiomyxoma of vulva and vagina: a series of three cases and review of literature