Complex bile duct injury (BDI) is a serious condition requiring hepatectomy in some instances. The present study was to analyse the factors that led to hepatectomy for patients with BDI after laparoscopic cholecystectomy (LC).

The medical records of patients referred to our department from April 1998 to September 2007 for management of BDI following LC were reviewed, and patients who underwent hepatectomy were identified. The type of BDI, indication for liver resection, interval between LC and liver surgery, histology of the liver specimen, postoperative morbidity and long-term results were analysed.

Hepatectomy was performed in 10 of 76 patients (13.2%), with BDI either as isolated damage or in combination with vascular injury (VI). Proximal BDI (defined as disruption of the biliary confluence) and injury to the right hepatic artery were found to be independent risk factors of hepatectomy, with odds ratios of 16 and 45, respectively. Five patients required early liver resection (within 5 weeks post-LC) to control sepsis caused by confluent liver necrosis or bile duct necrosis. In five patients, hepatectomy was indicated during long-term follow-up (over 4 months post-LC) to effectively manage recurrent cholangitis and liver atrophy. Despite of high postoperative morbidity (60%) and even mortality (10%), the long-term results (median follow-up of 34 months) were satisfactory, with either no or only transitory symptoms in 67% of the patients.

Hepatectomy may inevitably be necessary to manage early or late complications after LC. Proximal BDI and VI were the two independent risk factors of hepatectomy in this series. 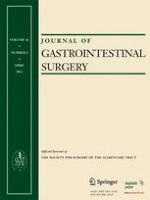