Introduction Rapid HIV serological tests are a cost-effective, point-of-care test among HIV exposed infants but cannot distinguish between maternal and infant antibodies. The lack of data on the timing of decay of maternal antibodies in young infants hinders the potential use of rapid tests in exposed infants. We aimed to determine the time to seroreversion for two commonly used rapid tests in a prospective cohort of HIV-exposed breastfeeding infants ages 3–18 months of life. Methods We collected data on the performance of two commonly used rapid tests (Determine and Unigold) in Malawi between 2008 and 2012 or at the University of North Carolina between 2014 and 2015. Time to seroreversion was estimated for both rapid tests using the Kaplan–Meier product limit estimator which allows for interval censored data. Results At 3 months of age, 3 % of infants had seroreverted according to Determine and 7 % had seroreverted according to Unigold. About one in four infants had achieved seroreversion by 4 months using Unigold, but only about one in twelve infants by 4 months when using Determine. More than 95 % of all infants had seroverted by 7 months according to Unigold and by 12 months according to the Determine assay. Discussion We show that the time of seroreversion depends greatly on the type of test used. Our results highlight the need for recommendations to specify the timing and type of test used in the context of infant HIV detection in resource-poor settings, and base the interpretation of test result on knowledge of time to seroreversion of the selected test. 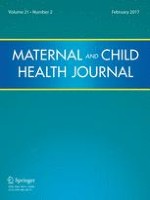 Notes from the Field

Associates of Neonatal, Infant and Child Mortality in the Islamic Republic of Pakistan: A Multilevel Analysis Using the 2012–2013 Demographic and Health Surveys