All stoma-free patients who had undergone sphincter-preserving surgery for rectal cancer from 2000 to 2014 in our institution were retrieved from a prospective database. They were contacted by mail and asked to return the questionnaires. QoL was evaluated in relation to LARS and further patient- and treatment factors using univariate and multivariate analysis.

Of the eligible patients (n = 331), 261 (78.8%) responded with a complete LARS score. Mean score for global QoL according to the EORTC-QLQ-C30 questionnaire was 63 ± 21 for all patients. If major LARS was present, mean score decreased to 56 ± 19 in contrast to 67 ± 20 in patients with no/minor LARS (p < 0.001). In regression analysis, major LARS was furthermore associated with reduced physical, role, emotional, cognitive and social functioning as well as impaired body image, more micturition problems and poorer future perspective. It was not related to sexual function. The variance explained by major LARS in the differences of QoL was approximately 10%.

The presence of major LARS after rectal resection for cancer is negatively associated with global health as well as many other aspects of QoL. Preserving anorectal function and treatment of LARS are potential measures to improve QoL in this patient group. 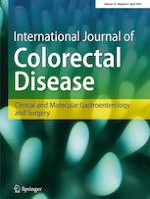