Trajectories of self-rated health in the last 15 years of life by cause of death | springermedizin.de Skip to main content
TOOLBAR 1 2 3 4
SUCHE MENÜ 1 2 3 4 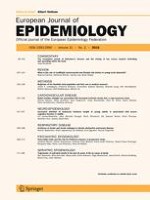 Clinical findings and diagnosis in genetic prion diseases in Germany

What is the role of modifiable environmental and lifestyle risk factors in young onset dementia?

Personality traits and the risk for Parkinson disease: a prospective study