Elevated levels of fasting glucose and fasting insulin in non-diabetic individuals are markers of dysregulation of glucose metabolism and are strong risk factors for type 2 diabetes. Genome-wide association studies have discovered over 50 SNPs associated with these traits. Most of these loci were discovered in European populations and have not been tested in a well-powered multi-ethnic study. We hypothesised that a large, ancestrally diverse, fine-mapping genetic study of glycaemic traits would identify novel and population-specific associations that were previously undetectable by European-centric studies.

A multiethnic study of up to 26,760 unrelated individuals without diabetes, of predominantly Hispanic/Latino and African ancestries, were genotyped using the Metabochip. Transethnic meta-analysis of racial/ethnic-specific linear regression analyses were performed for fasting glucose and fasting insulin. We attempted to replicate 39 fasting glucose and 17 fasting insulin loci. Genetic fine-mapping was performed through sequential conditional analyses in 15 regions that included both the initially reported SNP association(s) and denser coverage of SNP markers. In addition, Metabochip-wide analyses were performed to discover novel fasting glucose and fasting insulin loci. The most significant SNP associations were further examined using bioinformatic functional annotation.

These findings suggest that while glycaemic trait loci often have generalisable effects across the studied populations, transethnic genetic studies help to prioritise likely functional SNPs, identify novel associations that may be population-specific and in turn have the potential to influence screening efforts or therapeutic discoveries.

The summary statistics from each of the ancestry-specific and transethnic (combined ancestry) results can be found under the PAGE study on dbGaP here: https://​www.​ncbi.​nlm.​nih.​gov/​projects/​gap/​cgi-bin/​study.​cgi?​study_​id=​phs000356.​v1.​p1 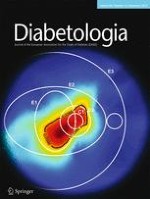 SGLT2 inhibitors and cancer: why further evidence is required