main-content
nach oben
Zurück zum Suchergebnis
​
print
Inhaltsverzeichnis
​
insite
Ausgabenarchiv
​
archive
​
insite
Drucken
​
print
» Jetzt Zugang zum Volltext erhalten
Wichtige Hinweise
Each author certifies that he has no commercial associations (eg, consultancies, stock ownership, equity interests, patent/licensing arrangements, etc) that might pose a conflict of interest in connection with the submitted article.
Each author certifies that his or her institution has approved or waived approval for the human protocol for this investigation and that all investigations were conducted in conformity with ethical principles of research. 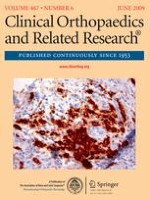 Pilates Training for Use in Rehabilitation after Total Hip and Knee Arthroplasty: A Preliminary Report

Letter to the Editor: Femoral Component Positioning in Hip Resurfacing with and Without Navigation