Cancer-related death is higher among people with vs without diabetes. However, it is not known if this excess risk has changed over time or what types of cancer may be driving these changes.

To estimate rates of site-specific cancer mortality in adults with vs without self-reported diagnosed diabetes, we used data from adults aged ≥18 years at the time of the interview who participated in the 1985—2012 National Health Interview Survey. Participants’ data were linked to the National Death Index by the National Center for Health Statistics to determine vital status and cause of death through to the end of 2015. Cancer deaths were classified according to underlying cause of death. Death rates for five time periods (1988–1994, 1995–1999, 2000–2004, 2005–2009, 2010–2015) were estimated using discrete Poisson regression models adjusted for age, sex and race/ethnicity with p for linear trend reported (ptrend). Site-specific cancer mortality rates were stratified by diabetes status and period, and total cancer mortality rates were additionally stratified by sex, race/ethnicity, education and BMI status. 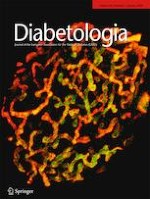 Potential impact of diabetes prevention on mortality and future burden of dementia and disability: a modelling study

Combined lifestyle factors and risk of incident type 2 diabetes and prognosis among individuals with type 2 diabetes: a systematic review and meta-analysis of prospective cohort studies

Breast, cervical and colorectal cancer screening in adults with diabetes: a systematic review and meta-analysis