The genus beta human papillomavirus 8 (HPV8) is involved in the development of cutaneous squamous cell carcinomas (SCCs) in individuals with epidermodysplasia verruciformis. Immunosuppressed transplant recipients are prone to harbor particularly high betapapillomavirus DNA loads, which may contribute to their highly increased risk of SCC. Tumor induction in HPV8 transgenic mice correlates with increased expression of viral oncogenes E6 and E2. In an attempt to prevent skin tumor development, we evaluated an HPV8-E6-DNA vaccine, which was able to stimulate a detectable HPV8-E6-specific cell-mediated immune response in 8/15 immunized mice. When skin of HPV8 transgenic mice was grafted onto non-transgenic littermates, the grafted HPV8 transgenic tissue was not rejected and papillomas started to grow within 14 days all over the transplant of 9/9 non-vaccinated and 7/15 not successfully vaccinated mice. In contrast, no papillomas developed in 6/8 successfully vaccinated mice. In the other two of these eight mice, a large ulcerative lesion developed within the initial papilloma growth or papilloma development was highly delayed. As the vaccine completely or partially prevented papilloma development without rejecting the transplanted HPV8 positive skin, the immune system appears to attack only keratinocytes with increased levels of E6 protein, which would give rise to papillomas. 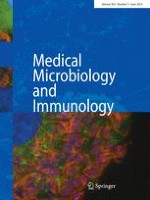