It is assumed that unicondylar knee arthroplasty (UKA) features kinematics close to the natural knee. Clinical studies have also shown functional benefits for UKA. There is to date only little biomechanical data to support or explain these findings. The purpose of this study was to investigate whether UKA is able to preserve natural knee kinematics or not.

Six fresh frozen full leg cadaver specimens were prepared to be mounted in a kinematic rig with six degrees of freedom for the knee joint. Three motion patterns were applied before and after medial UKA: passive flexion–extension, open chain extension, and squatting. During the loaded motions, quadriceps and hamstrings muscle forces were applied. Infrared cameras continuously recorded the trajectories of marker frames rigidly attached to femur, tibia, and patella. Prior computer tomography allowed identification of coordinate frames of the bones and calculations of anatomical rotations and translations.

Native kinematics was reproduced after UKA in all the specimens. In the unloaded knee and during open chain extension, femoral rollback patterns after UKA were very close to those in the native knee. During squatting, the medial femoral condyle after UKA tended to be more posterior and superior with flexion and there was less tibial internal rotation. The tibia was found to be more in valgus after UKA during all motion patterns.

As ligaments, lateral compartment and patellofemoral anatomy are preserved with UKA; the unloaded knee closely resembles native kinematics. The slight kinematic changes that were found under load are probably due to loss of the conforming medial meniscus and to the mismatch in geometry and stiffness introduced by UKA. These patterns resemble those found in knees with significant loss of function of the medial meniscus. 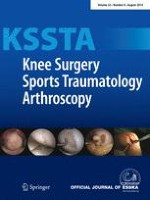 How to improve femoral component rotational alignment in computer-assisted TKA