This was a single-centre, retrospective cohort study conducted at a University Women’s Hospital with a certified endometriosis centre. Data were collected from patients with symptomatic uterine leiomyomas who underwent laparoscopic myomectomy. The main outcome measured in the study was the presence of histologically confirmed endometriosis. Binary regression analysis was used to investigate risk factors for the coexistence of endometriosis. Postoperative complications were classified according to the Clavien–Dindo classification. 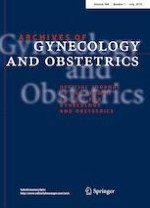 Use of artificial intelligence (AI) in the interpretation of intrapartum fetal heart rate (FHR) tracings: a systematic review and meta-analysis

An update on the role of Atopobium vaginae in bacterial vaginosis: what to consider when choosing a treatment? A mini review