Malignant peripheral nerve sheath tumors (MPNSTs) are rare aggressive sarcomas with poor prognosis. More than half of MPNSTs develop from benign precursor tumors associated with neurofibromatosis type 1 (NF1) which is a tumor suppressor gene disorder. Early detection of malignant transformation in NF1 patients is pivotal to improving survival. The primary aim of this study was to evaluate the role of immuno-modulators as candidate biomarkers of malignant transformation in NF1 patients with plexiform neurofibromas as well as predictors of response to immunotherapeutic approaches.

Sera from a total of 125 NF1 patients with quantified internal tumor load were included, and 25 of them had MPNSTs. A total of six immuno-modulatory factors (IGFBP-1, PD-L1, IFN-α, GM-CSF, PGE-2, and AXL) were measured in these sera using respective ELISA.

NF1 patients with MPNSTs had significantly elevated PD-L1 levels in their sera compared to NF1 patients without MPNSTs. By contrast, AXL concentrations were significantly lower in sera of NF1-MPNST patients. IGFBP-1 and PGE2 serum levels did not differ between the two patient groups. IFN-α and GM-CSF were below the detectable level in most samples.

The immuno-modulator PD-L1 is upregulated in MPNST patients and therefore may provide as a potential biomarker of malignant transformation in patients with NF1 and as a response predictor for immunotherapeutic approaches. 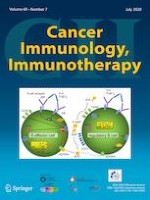