Urocortin-1 (UCN), a member of the corticotropin-releasing factor, is a cardioprotective peptide, and is also involved in cardiac hypertrophy. The involvement of GSK-3β, a pivotal kinase in cardiac hypertrophy, in response to UCN is not yet documented. Cardiomyocytes from adult rats were stimulated for 48 h with UCN. Cell size, protein, and DNA contents were determined. Phosphorylated and total forms GSK-3β and the total amount of β-catenin were quantified by Western immunoblots. The effects of astressin, a UCN competitive receptor antagonist, were also evaluated. UCN increased cell size and the protein-to-DNA ratio, in accordance with a hypertrophic response. This effect was associated with increased phosphorylation of GSK-3β and marked accumulation of β-catenin, a downstream element to GSK-3β. All these effects were prevented by astressin and LY294002, an inhibitor of the phosphatidyl-inositol-3-kinase. UCN-induced cardiomyocytes hypertrophy is associated with regulation of GSK-3β, a pivotal kinase involved in cardiac hypertrophy, in a PI3K-dependent manner. Furthermore, the pharmacological blockade of UCN receptors was able to prevent UCN-induced hypertrophy, which leads to inhibition of the Akt/GSK-3β pathway. 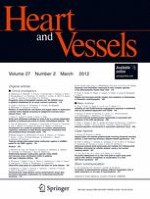