Noninferiority trials are becoming more common. Their design often requires investigators to “trade” a secondary benefit for efficacy. Use of mortality as an outcome of interest leads to important ethical conflicts whereby researchers must establish a minimal clinically important difference for mortality, a process which has the potential to result in problematic conclusions.

We sought to investigate the frequency of the use of mortality as an outcome in noninferiority trials, as well as to determine the average pre-specified noninferiority (“delta”) values.

Data abstracted from articles including trial design parameters, results, and interpretation of results based on CONSORT recommendations.

The use of mortality as an outcome in noninferiority trials is not rare and scenarios where the new treatment is statistically worse, but a conclusion of noninferiority or inconclusive do occur. We highlight these issues and propose simple steps to reduce the risk of ethically dubious conclusions. 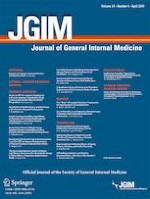 Reflective Practices Among Global Health Fellows in the HEAL Initiative: a Qualitative Study

Association of Health Literacy and Numeracy with Interest in Research Participation

Timeliness of Postmarket Studies for New Pharmaceuticals Approved Between 2009 and 2012: a Cross-Sectional Analysis

Work Schedules of Hospitalists and Continuity of Care During Hospital Stays of Texas Medicare Patients: an Observational Study