We investigated the utility of near-infrared (NIR) light devices for peripheral intravenous cannulation (PIVC) in pediatric patients. We searched three databases, MEDLINE, EMBASE, and the Cochrane CENTRAL. Randomized controlled trials that compared PIVC using NIR light devices and the “traditional” method (with no assistive device) were included. The primary outcome was a failure rate at the first attempt, and the effect size was measured by the risk ratio for failure. Subgroup analysis was performed according to control group risk for failure at first attempt as an indicator of difficult procedure (low vs. high). Eleven studies were included in the meta-analysis. There was no significant difference in the primary outcome between the two methods (risk ratio 1.03, confidence interval 0.89–1.20, I 2 = 48 %). In a subgroup analysis, the subgroup difference between subsets of low and high control group risk was significant (I 2 = 83 %). In the subset of the high control group risk, using NIR light devices showed a lower risk for failure than the traditional method (risk ratio 0.81, confidence interval 0.64–1.01, I 2 = 0 %).
Conclusion: Using NIR light devices did not have an impact on overall failure rate at the first attempt at PIVC in pediatric patients. 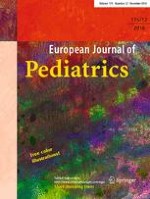 Calcium oxalate urolithiasis in children: urinary promoters/inhibitors and role of their ratios