Validation of an oligo-gene signature for the prognostic stratification of ductal carcinoma in situ (DCIS) | springermedizin.de Skip to main content
TOOLBAR 1 2 3 4
SUCHE MENÜ 1 2 3 4

Current evidence suggests that the majority of DCIS lesions do not progress to invasive carcinoma, and overtreatment of DCIS is a significant problem. We previously reported an 8-gene signature that differentiated microdissected low-grade (LG) DCIS lesions with and without associated stromal invasion, based on differential DNA copy number changes detected by quantitative (q) PCR. The current study was undertaken to validate our candidate breast cancer invasion gene panel in a larger series of non-microdissected LG DCIS cases, and to investigate its potential utility in intermediate-grade (IG) and high-grade (HG) DCIS. Representative paraffin blocks were selected from 267 resected DCIS cases with 5–15 years of follow-up (139 pure DCIS [“PD”] and 128 mixed DCIS with associated invasion [“MD”]). These included 171 LG, 46 IG and 50 HG DCIS cases. Gene copy number changes were determined by qPCR, and their differential distribution in the PD and MD subgroups was evaluated. As an alternate platform, we employed immunohistochemistry (IHC). Novel IHC assays were developed for all eight candidate genes, and increased or reduced protein expression was manually scored. Separate multi-gene models were developed for qPCR and IHC to distinguish progressing and non-progressing DCIS lesions. By qPCR analysis, a panel of six genes, as well as CELSR1 alone (a potential invasion suppressor), differentiated PD and MD cases in LG and IG, but not in HG DCIS. By IHC, a panel of three genes, as well as GRAP2 alone (a potential invasion promoter), also distinguished PD and MD cases in LG and IG, but not in HG DCIS. The combination of CELSR1 (by qPCR) and GRAP2 (by IHC) had the best discriminatory power (p = 0.00004). Assays testing either or both of these genes have the potential to become important adjuncts for choosing appropriate treatment for LG/IG DCIS patients. 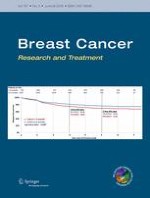