Colorectal cancer (CRC) is the third most common cancer and the third leading cause of cancer death worldwide. It kills over 600,000 people annually, accounting for 8% of cancer-related deaths [ 1]. Adenomatous polyps, now referred to as conventional adenomas, have been regarded as the main precursor of CRC, but in recent years a new pathway to CRC has been identified, termed the serrated pathway [ 2, 3].
Serrated polyps (SPs) are characterised by a saw-toothed appearance of colonic crypts. As per recommendations from the World Health Organisation (WHO) [ 4], SPs are classified into three subgroups: hyperplastic polyps (HPs), traditional serrated polyps (TSAs) and sessile serrated adenomas/polyps (SSA/Ps)(Fig. 2 in Appendix). The serrated pathway to CRC is mainly believed to originate from SSA/Ps, which are estimated to represent up to 20% of all SPs [ 3, 5].
Anzeige
Some data suggest that cancers evolving through the serrated pathway may account for up to 15–30% of all CRC cases, and that they are significantly overrepresented in interval cancers [ 6], i.e. CRC occurring before the next recommended screening after an initially negative finding. Even though the adenoma-carcinoma pathway still accounts for the majority of the CRC burden, a recent study comparing the risk of CRC development found that the increased risk of CRC in individuals with SPs is similar or higher than that seen in individuals with conventional adenomas [ 7].
Little is known about the natural history of SP, which may in part be due to the lack of availability of large-scale data. Through the ESPRESSO (Epidemiology Strengthened by histoPathology) study [ 8], we contacted all pathology departments ( n = 28) in Sweden to construct a cohort of individuals with an SP diagnosis according to computerised histopathology reports. We then retrieved patient charts from 106 randomly selected individuals with a record of SP. The primary purpose of this study was to validate SP diagnosis according to computerised histopathology reports against patient chart data. A secondary aim was to describe the characteristics of individuals with SPs.

The ESPRESSO study consists of gastrointestinal histopathology reports from 2.2 million unique individuals with a total of 6.1 million separate data entries. Some 53.9% of individuals had been biopsied more than once. Data on gastrointestinal histopathology reports were collected between October 12, 2015 and April 15, 2017 from all pathology departments in Sweden ( n = 28). Overall we had data on 1,618,953 colon biopsies and 771,511 rectal biopsies [ 8]. Through the unique personal identity number [ 9] assigned to all Swedish residents, histopathology data were linked to the Swedish national health registers (Patient Register [ 10], Cause of Death Register [ 11], Cancer Register [ 12], Medical Birth Register [ 13], Prescribed Drug Register [ 14], The LISA database with socioeconomic data [ 15], as well as the Total Population Register [ 16]). Details about ESPRESSO and registry linkage have been described previously [ 8].
Anzeige
For the current study on SPs, we included individuals with a colorectal biopsy (topography codes: T67–68) with the following Systematised Nomenclature of Medicine (SNOMED) codes: M82160, M8216, M82130, M8213. We also included individuals with a colorectal biopsy of which the histopathology report free text listed “serrated polyp” (Swedish “sågtand(ad)”).

Power calculation using EpiTools [ 17] indicated a minimum of 139 individuals were needed to obtain a positive predictive value (PPV) for SP of 90% with a 95% confidence interval (95%CI) range of 85–95% (using an alpha of 0.05 and a beta of 0.20). For this validation, we requested patient charts from a random sample of 160 individuals with a histopathology report of SPs from five Swedish counties. We were able to retrieve patient chart data from 126 individuals, out of which 106 had sufficient information for our validation (Fig.  1).
×

We defined a true SP as having a consistent histopathology report and a patient chart supporting an SP diagnosis. Individuals with an SP diagnosis could have one or multiple SPs. Assessment of histopathology reports and patient charts was executed by the principal author (SRB). Uncertain cases were discussed with JFL and MS. If no consensus was reached, the case was considered inconsistent with SP.

Data from patient charts were extracted using a standardised form, similar to the form used by Svensson et al. in their validation of microscopic colitis [ 18]. The starting point of data extraction was set to 2 years before the diagnosis until March 2018. The data from the patient charts mainly included patient history, laboratory data, referral letters and endoscopy and histopathology reports. Individuals were excluded in the absence of a histopathology report or insufficient/incomplete data.

The main outcome of this study was the PPV for SP diagnosis in the 106 individuals with patient charts containing sufficient data. To identify any potential differences, results were stratified according to search method (SNOMED codes or free-text search). Given the changing nomenclature of SPs over time, we also analysed the data by year of diagnosis. For individuals identified by SNOMED codes, we validated the SP location by comparing the topography code with the patient chart. SNOMED codes were also used to identify SSA/Ps, for which a separate PPV was calculated. We estimated 95%CIs with the Wilson score interval [ 19] using EpiTools [ 20].
In addition to retrieving colonoscopy and histopathology reports, we collected data on sex, age, year of diagnosis, smoking, obesity, comorbidity, diagnostic tools and indication for endoscopy. For evaluation of anaemia, we used 132 g/L for men and 122 g/L for women as the lower limits of normal haemoglobin concentration as proposed by Beutler and Waalen [ 21]. The size of polyp characteristics was determined as either larger or smaller than 10 mm as this size has been proposed as the threshold for determining the future management of SPs [ 22]. Other aspects investigated were number of polyps (0, 1, 2–3 or ≥ 4), location (proximal, distal, rectal) and grade of dysplasia (none, low, high). The proximal colon was defined as the ileocecal valve until the splenic flexure, followed by the distal colon until the last 10 cm of the gastrointestinal tract that represent the rectum.
For the descriptive analysis, we calculated the population and polyp characteristics according to SP subgroups. To reflect the previous version of the WHO recommendations on SP classification, SPs described as serrated adenomas (SAs) or mixed polyps with a serrated component were deemed consistent with SSA/P [ 23]. Nonetheless, data were also analysed separately for these polyp subgroups. Data on false positive SPs were also presented separately.

The charts of 106 individuals were retrieved from pathology centres distributed in five counties in Sweden: Dalarna, Norrbotten, Skaraborg, Stockholm and Örebro.
Anzeige

The main strength of our study is the random selection of individuals with SPs from a nationwide histopathology cohort. Using a standardised form, we were able to examine not only the PPV for a histopathology report with SP but also describe Swedish individuals with SPs for clinical characteristics and risk factors. Our results are consistent with similar studies for which the gold standard of diagnosis is biopsy, further reinforcing the reliability of the present results.
A limitation of our study includes the lack of re-examinations of actual biopsies. The ethics review board allowed us to collect digital data but not actual tissue samples. Instead, the validation was based on re-evaluation of patient charts that included, among other things, histopathology and endoscopy reports. The quality of the patient chart data varied, especially in the documentation of risk factors and symptoms. Still, given that SP is a strictly histopathological diagnosis, the difference in data availability among the individuals should not have affected the validation in that all individuals had to have the corresponding histopathology report available to be included in the study.
Earlier studies have shown inter-observer variability for classification of SPs among pathologists [ 42, 43], and we cannot rule out some misclassification, especially for the subgroup classification. This could potentially affect the validity of SSA/P since some of the SSA/Ps may have been misdiagnosed as HPs, and vice versa [ 43]. The diversity of pathologists in this study, where some may not specialize in SPs, may have decreased the accuracy in polyp classification.

In conclusion, this study suggests that colorectal histopathology reports are a reliable data source to identify individuals with SPs.

JFL coordinates a study on behalf of the Swedish IBD quality register (SWIBREG) which has received funding from the Janssen Corporation. The other authors declare no competing interests.
Open AccessThis article is distributed under the terms of the Creative Commons Attribution 4.0 International License ( http://​creativecommons.​org/​licenses/​by/​4.​0/​), which permits unrestricted use, distribution, and reproduction in any medium, provided you give appropriate credit to the original author(s) and the source, provide a link to the Creative Commons license, and indicate if changes were made. The Creative Commons Public Domain Dedication waiver ( http://​creativecommons.​org/​publicdomain/​zero/​1.​0/​) applies to the data made available in this article, unless otherwise stated. 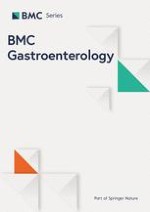 Efficacy of serum miRNA test as a non-invasive method to diagnose nonalcoholic steatohepatitis: a systematic review and meta-analysis

Correction to: Comparison of the effects of adjuvant concurrent chemoradiotherapy and chemotherapy for resected biliary tract cancer