Thyroid cancer (TC), follicular adenoma (FA) and Hashimoto’s thyroiditis (HT) are three of the most frequently reported abnormalities that affect the thyroid gland. A frequent co-occurrence along with similar histopathological features is observed between TC and FA as well as between TC and HT. The conventional diagnostic methods such as histochemical analysis present complications in differential diagnosis when these abnormalities occur simultaneously. Hence, the authors recognize novel methods based on screening genetic defects of thyroid abnormalities as viable diagnostic and prognostic methods that could complement the conventional methods.

We have extensively reviewed the existing literature on TC, FA and HT and also on three genes, namely braf, nras and ret/ptc, that could be used to differentially diagnose the three abnormalities. Emphasis was also given to the screening methods available to detect the said molecular markers.

It can be conferred from the analysis of the available data that the utilization of braf, nras and ret/ptc as markers for the therapeutic evaluation of FA and HT is debatable. However, molecular screening for braf, nras and ret/ptc mutations proves to be a conclusive method that could be employed to differentially diagnose TC from HT and FA in the instance of a suspected co-occurrence. Thyroid cancer patients can be highly benefited from the screening for the said genetic markers, especially the braf gene due to its diagnostic value as well as due to the availability of personalized medicine targeted specifically for braf mutants. 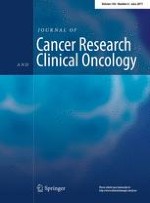 The performance of the mSEPT9 assay is influenced by algorithm, cancer stage and age, but not sex and cancer location

Impact of prior breast cancer on mode of delivery and pregnancy-associated disorders: a retrospective analysis of subsequent pregnancy outcomes