Vertebral artery dissection (VAD) is a potentially catastrophic injury that may occur during sports participation. A comprehensive review is needed to collate documented cases to improve understanding and inform future preventative approaches.

This review aimed to understand the extent of VAD in sport and characterise trends suggestive of mechanisms of injury.

Electronic databases were searched using terms related to VAD and sport. Records were included if they described one or more cases of VAD attributed to sport.

A total of 79 records described 128 individual cases of VAD in sport, of which 118 were confirmed by imaging or autopsy and included in analyses. Cases were attributed to 43 contact and non-contact sports. The median age of cases was 33 years (IQR 22–44), and 75% were male. There were 22 cases of fatal injury, of which ten involved an impact to the mastoid region and seven involved an impact to the head or neck. Non-fatal cases of VAD were attributed to impact to the head or neck (not mastoid region), movement or held position without impact, and in some cases no reported incident.

VAD attributed to sports participation is uncommonly reported and the mechanisms are varied. Impact to the mastoid region is consistently implicated in fatal cases and should be the focus of injury prevention strategies in sport. Efforts may also be directed at improving the prognosis of cases with delayed presentation through clinical recognition and imaging.
The review was registered on the international prospective register for systematic reviews (http://​www.​crd.​york.​ac.​uk/​PROSPERO) (CRD42018090543). 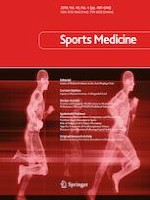 Comment on “Drinking Strategies: Planned Drinking Versus Drinking to Thirst’’