Hyperammonaemia/mild hepatic encephalopathy (HE) can be simulated by the oral administration of a so-called amino acid challenge (AAC). This study sought to assess the effects of the AAC alone and in combination with either ammonia-lowering [L-ornithine-L-aspartate (LOLA)] or vigilance-enhancing medication (caffeine). Six patients with cirrhosis (5 males; 61.3 ± 9.2 years; 5 Child A, 1 Child B) and six healthy volunteers (5 males; 49.8 ± 10.6 years) were studied between 08:00 and 19:00 on Monday of three consecutive weeks. The following indices were obtained: hourly capillary ammonia, hourly subjective sleepiness, paper & pencil/computerized psychometry and wake electroencephalography (EEG) at 12:00, i.e. at the time of the maximum expected effect of the AAC. Results: On average, patients had worse neuropsychological performance and slower EEG than healthy volunteers in all conditions but differences did not reach significance. In healthy volunteers, the post-AAC increase in capillary ammonia levels was contained by both the administration of LOLA and of caffeine (significant differences between 10:00 and 14:00 h). The administration of caffeine also resulted in a reduction in subjective sleepiness and in the amplitude of the EEG on several frontal/temporal-occipital sites (p < 0.05; paired t-test). Changes in ammonia levels, subjective sleepiness and the EEG in the three conditions were less obvious in patients. In conclusion, both LOLA and caffeine contained the AAC-induced increase in capillary ammonia, especially in healthy volunteers. Caffeine also counteracted the AAC effects on sleepiness/EEG amplitude. The association of ammonia-lowering and vigilance-enhancing medication in the management of HE is worthy of further study. 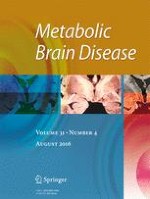