Visceral Obesity and Colorectal Cancer: Are We Missing the Boat with BMI? | springermedizin.de Skip to main content
TOOLBAR 1 2 3 4
SUCHE MENÜ 1 2 3 4

Dr. Henry Pitt (Indianapolis, IN): I would like to thank the SSAT for asking me to be the Invited Discussant and the authors for providing their interesting manuscript in a timely manner. Their title suggests that visceral obesity is a better measure than BMI to predict outcomes in patients with colorectal cancer. Growing evidence supports this contention, and the importance of visceral fat also has been established in pancreatic cancer, a malignancy with which I am more familiar. The authors conclude that stage II colorectal cancer patients who are viscerally obese have poorer long-term outcomes and that the threshold for giving these patients chemotherapy should be lowered. I agree completely with this conclusion.
The authors used a sophisticated three-dimensional method to measure visceral fat volume and reported that this method was reproducible. My first question, however, is how time consuming is this method? How likely are the rest of us going to be able to get our radiologists to do these measurements during their eight-hour work days which include a one-hour lunch break? Would something simpler such as perinephric fat width, which has been reported as a surrogate for visceral fat volume and which surgeons can measure, be better?
The author’s findings that increased visceral fat volume correlates with decreased Disease Free Survival and Recurrence Free Survival in stage II patients but has the opposite effect in stage III patients is fascinating. They explain this “obesity paradox” in two ways. First, the stage II patients were less likely to receive chemotherapy; and thus, their recommendation to give these patients chemotherapy is appropriate. However, their conjecture for the stage III patients that somehow obesity is a protective factor at the end of life is harder to understand or accept.
My guess is that the real answer to this paradox is in the data, which the authors have not fully analyzed. They report that their patients with increased visceral fat volume were statistically significantly older, more likely to be male and to have been smokers. In addition, the viscerally obese patients were less likely to received perioperative blood transfusions and had smaller tumors but were more likely to develop a surgical site infection. All of these factors may have influenced Disease and Recurrence Free Survival and may have played different roles in stage II and III patients. The authors state in their Discussion that they performed a multivariable analysis using age, gender, ASA Class, diabetes and tumor location. However, only two of these factors, age and gender, were significantly associated with visceral fat volume. My recommendation, therefore, is that they do a multivariable analysis which includes smoking, blood transfusions, tumor size and surgical site infection. Perhaps, one or more of these risk factors will explain the “obesity paradox.”

Dr. Aaron S. Rickles: We thank Dr. Henry Pitt for taking the time to thoughtfully read our recent manuscript and for his engaging and provocative comments. He echoes our conclusion that viscerally obese patients with stage II colorectal cancer should be increasingly considered for adjuvant chemotherapy but brings up two relevant concerns. First, he brings into question the possible availability of performing visceral fat volume measurements in a regular clinical setting and wonders whether an alternate measurement like that of perinephric fat would be easier to obtain. While 3-dimensional reconstructions of CT images and visceral fat selection by Hounsfield units is most likely beyond the scope of the daily radiologic imaging for colorectal cancer, for the purposes of research and appropriately defining the role that excess visceral fat has on colorectal cancer outcomes, we felt that volumetric measurements reduced the error associated with other more variable measurements that had been used in prior studies (cross-sectional fat areas at the umbilicus, L3–4, L4–5, perinephric fat width, abdominal diameter, waist circumference). We believe that volumetric measurements improve the precision of visceral fat measurement and therefore limit random error. Regarding the ability to acquire these values from radiologists in the future, currently visceral fat volume measurements take 2 to 5 min across observers, and further study is being performed to test the ability to make these measurements at other centers using different PACS software. If further study proves visceral fat measurement to be a useful clinical tool, then it seems possible that computer software engineers may be able to produce a program that allows visceral fat volumes to be available with the click of a button.
In response to the second comment, as we alluded to in the discussion, a multivariate analysis was not performed in this study because of concern for the validity of such an analysis. We provide a potential hypothesis for the mechanism of the protective benefit observed in the viscerally obese patients with stage III cancer and the suggestion that the truth of the observed association in the data is not one that this study is powered to provide. Epidemiologic and biostatistical literature suggests that regression modeling using multiple variables carries risk of losing validity within the data [1–5]. It is estimated that ten events per variable in a model is required to retain validity and avoid an “overfit” multivariate model. Unfortunately, our study was not large enough to perform a multivariate analysis using the variables that Dr. Pitt suggested and doing so would create the potential for a type 2 error, which runs the risk of losing valuable information from studies such as ours. To further study the obesity paradox and other associations found in our study, we are performing a large, multicenter, international study that should help provide answers to several questions raised by this manuscript.

Compared to subcutaneous fat, visceral fat is more metabolically active, leading to chronic inflammation and tumorigenesis. The aim of this study is to describe the effect of visceral obesity on colorectal cancer outcomes using computed tomography (CT) imaging to measure visceral fat.

We conducted a retrospective chart review of patients who underwent surgical resection for colorectal cancer. Visceral fat volume was measured by preoperative CT scans. Final analysis was performed by stratifying patients based on oncologic stage.

This study shows that viscerally obese patients with stage II colorectal cancer are at higher risk for poor outcomes and should be increasingly considered for adjuvant chemotherapy. 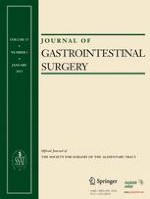 Quality Assessment in Pancreatic Surgery: What Might Tomorrow Require?

A Dual-Institution Randomized Controlled Trial of Remnant Closure after Distal Pancreatectomy: Does the Addition of a Falciform Patch and Fibrin Glue Improve Outcomes?