What Evidence Is There That Gadobutrol Causes Increasing Signal Intensity within the Dentate Nucleus and Globus Pallidus on Unenhanced T1W MRI in Patients with RRMS? | springermedizin.de Skip to main content
TOOLBAR 1 2 3 4
SUCHE MENÜ 1 2 3 4

main-content
nach oben
Zurück zum Suchergebnis
​
print
PDF-Version jetzt herunterladen
​
download
Inhaltsverzeichnis
​
insite
Ausgabenarchiv
​
archive
​
insite
Drucken
​
print
» Zur Zusammenfassung PDF-Version jetzt herunterladen
We read with great interest the recent article by Stojanov et al. [ 1]. In this article, the authors state that “… an increase in SI within the dentate nucleus and globus pallidus on unenhanced T1W images in patients with RRMS may be a consequence of multiple administrations of gadobutrol. Administration of the same amount of gadobutrol over a shorter time period causes a greater increase in SI within the dentate nucleus and globus pallidus.”
The authors’ findings are new as this is the first time that a macrocyclic gadolinium-based contrast agent (GBCA) is suggested to be associated with this phenomenon. Prior studies, such as the 2009 Roccatagliata et al study [ 2], where the patients received gadoterate meglumine (Dotarem) and gadodiamide (Omniscan), reported hyperintensity in dentate nuclei in patients with secondary progressive MS, which they attributed to, among other things, the disease and particularly the severity of the disease process itself, or potentially linked to the associated iron depositions as demonstrated in tissue specimens by Craelius et al. [ 3].
Anzeige
The title and abstract suggest an association between high signal intensity (SI) and a macrocyclic GBCA, which is less likely to release free gadolinium. However, the study design and authors’ data do not rule out a number of potentially confounding factors that could contribute to any direct association, though some of the limitations have been acknowledged in the author’s discussion. For example:
In summary, there are concerns that limitations in the study design do not support any conclusion regarding the role of repeated administrations of gadolinium-based contrast agents in general or a specific contrast agent in this particular patient group.
Open Access This article is distributed under the terms of the Creative Commons Attribution-NonCommercial 4.0 International License (http://creativecommons.org/licenses/by-nc/4.0/), which permits any noncommercial use, distribution, and reproduction in any medium, provided you give appropriate credit to the original author(s) and the source, provide a link to the Creative Commons license, and indicate if changes were made.

Titel
What Evidence Is There That Gadobutrol Causes Increasing Signal Intensity within the Dentate Nucleus and Globus Pallidus on Unenhanced T1W MRI in Patients with RRMS?
Autoren:
Jacob Agris
Hubertus Pietsch
Thomas Balzer 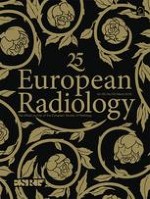