PACS and teleradiology systems have led to marked changes in the traditional relationship between referring clinicians and hospital radiology departments. The aim of this study was to assess which factors influence clinicians’ satisfaction with modern radiology services.

An Internet-based survey questionnaire was sent to all referring clinicians within a large hospital network.

Fifty-eight percent of 316 clinicians responded to the survey. Seventy percent felt PACS installation had improved reporting time, and 56% felt it had improved working patterns for medical staff. Approachability of radiologists was the only factor significantly associated with increased satisfaction (p = 8 × 10–8). A number of factors were found to be significantly associated with the perceived value of radiology reports, and these are discussed. An increase in clinicians’ confidence in their own radiological skills was not associated with a decrease in the value they placed on radiology reports. 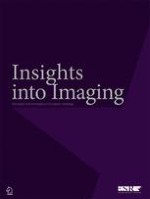 Pseudotumoural soft tissue lesions of the foot and ankle: a pictorial review

Is the radiological community within Europe ready for audit?