In the total hip arthroplasty (THA), the optimal administration route of tranexamic acid (TXA) remains controversial. This study was designed to investigate the impact of topical injection of TXA on blood loss during primary unilateral THA as well as short-term safety and adverse side effects compared with intravenous administration of TXA.

There were significant differences in the quantity of postoperative drainage, covert blood loss, total blood volume, the number of blood transfusions after surgery and transfusion rates between the three groups (P < 0.05), but blood loss during surgery showed no significant differences among the three groups (P > 0.05). In the IV group, 1 patient suffered from deep venous thrombosis of the lower limbs and in the C group, 2 patients suffered from superficial venous thrombosis of the lower limbs 2 and 4 days after surgery, respectively. In the IA group no complications occurred during the follow-up period.

Preoperative intravenous TXA and postoperative topical TXA significantly reduced postoperative blood loss and transfusion rates among the patients who underwent primary unilateral THA and the short-term safety was good. The data suggest that topical injection of TXA is safer and more effective, without postoperative complications. 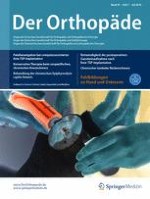