Which Women are Highly Active Over a 12-Year Period? A Prospective Analysis of Data from the Australian Longitudinal Study on Women’s Health | springermedizin.de Skip to main content
TOOLBAR 1 2 3 4
SUCHE MENÜ 1 2 3 4

The aims of this study were to identify the proportion of younger and mid-aged women who met the 300-min recommendation over a 12-year period, examine how the “highly active” women achieved this level of activity (in terms of walking, moderate activity, and vigorous activity), and to identify the sociodemographic, biological, lifestyle, and work-related determinants of being “highly active”.

Younger (n = 7843) and mid-aged (n = 8043) participants in the Australian Longitudinal Study on Women’s Health completed triennial surveys between 2000 and 2013, when their ages were 24.6–36.3 and 52.5–64.5 years, respectively. Self-reported PA was assessed as time spent in walking, moderate activity, and vigorous activity in the previous week; an index of MET.min/week was derived and dichotomized as <1000 MET.min/week (<300 min; not highly active) or ≥1000 MET.min/week (≥300 min; highly active). Generalized estimating equations were used to examine univariable and multivariable associations between a number of sociodemographic, lifestyle, and health variables with PA status (measured at every survey).

Our findings clearly indicate that the upper limit of the Australian PA guidelines is achievable for large numbers of women. Factors associated with being highly active were different for younger and mid-age women, but healthy weight, high education, and paid work (full-time in the younger women, part-time in mid-age) were common characteristics of highly active women in both cohorts. 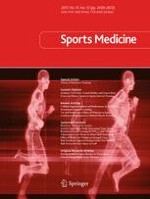 Accentuated Eccentric Loading for Training and Performance: A Review