This study was designed to critically evaluate the effect of yoga on cancer-related fatigue in patients with breast cancer.

A total of 17 qualified studies that included 2183 patients (yoga: 1112, control: 1071) were included in the meta-analysis. Yoga had a large effect on fatigue in post-treatment breast cancer patients and had a small effect on intra-treatment patients. The meta-analysis also indicated that supervised yoga class had a significant effect on CRF; the six-week program had a moderate beneficial effect while the 60/90 min/session supervised yoga class and the eight-week program demonstrated a large effect on fatigue in patients with breast cancer. Yoga could markedly mitigate the physical fatigue in breast cancer patients, had a medium impact on cognitive fatigue, and manifested a small effect on mental fatigue. Eight studies reported the adverse events, whereas ten studies did not.

Yoga can be considered as an alternative therapy for relieving fatigue in breast cancer patients who have completed treatment or are undergoing anti-cancer treatment. 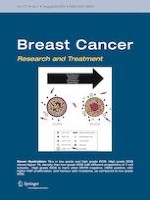