Oral mucositis is one of the most frequent complications after chemotherapy, occurring in approximately 52 to 80% of children receiving treatment for cancer. Recently, it has been suggested that the use of low-energy laser could reduce the grade of oral mucositis and alleviate the symptoms. In 2014, Multinational Association of Supportive Care in Cancer/International Society of Oral Oncology has recommended low-level laser therapy in prevention of mucositis for hematopoietic stem cell transplantation patients because of its beneficial effects in majority of recent studies. However, the recommendation was made for adult patients, not pediatric patients. Data about the effect of low-level laser therapy in pediatric patients is limited. This study aims to synthesize the available clinical evidences on the effects of low-level laser therapy (LLLT) in the prevention and treatment of chemotherapy-induced oral mucositis (OM). A meta-analysis was performed using trials identified through the Cochrane Central Register of Controlled Trials, Embase, MEDLINE, Web of Science, China Biology Medicine (CBM), Wanfang Database, and China National Knowledge Infrastructure (CNKI). Data on occurrence, duration, and severity of oral mucositis were collected. All randomized controlled studies and clinical controlled studies comparing LLLT to routine qualified prevention or treatment during or after chemotherapy were critically appraised and analyzed. We found 8 qualified clinical trials with a total of 373 pediatric patients; the methodological quality was acceptable. After prophylactic LLLT, the odds ratio for developing OM was significantly lower compared with placebo(OR = 0.50, 95% CI 0.29 to 0.87, P = 0.01), the odds ratio for developing grade III OM or worse was statistically significantly lower compared with placebo (OR = 0.30, 95% CI (0.10, 0.90), P = 0.03), and the OM severity was statistically significantly lower compared with placebo (SMD = − 0.56, 95% CI (− 0.98, − 0.14), P = 0.009). For therapeutic LLLT, the OM severity was significantly reduced compared to routine care (SMD = − 1.18, 95% CI (− 1.52, − 0.84), P < 0.00001). Oral pain was also reduced after LLLT over routine care (MD = − 0.73, 95% CI (− 1.36, − 0.11), P = 0.02).
Conclusion: Prophylactic LLLT reduces mucositis and severe mucositis and decreases the average severity of oral mucositis in pediatric and young patients with cancer. Therapeutic LLLT also reduces the average severity of oral mucositis and oral pain. Further research should investigate the optimal parameter of LLLT in pediatric and young patients, and studies with higher methodological quality should be performed. 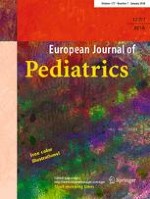 Length of stay for childbirth in Trentino (North-East of Italy): the impact of maternal characteristics and organizational features of the maternity unit on the probability of early discharge of healthy, term infants

Correction to: Genetic predisposition in children with cancer – affected families' acceptance of Trio-WES