HG, VS and EH designed this study. HG collected and analyzed the data, and drafted the first manuscript. QW helped with study design, organization of fieldwork and bibliographic searching. EH and VS were the BF counselors of this study and had worked on the paper, drafting and revising it. WS supported through data analysis and presentation of the results part of this study. CS contributed to bibliographic searching and paper revising. HKB was involved in the general study set up and proofreading. All authors read and approved the final manuscript.

Despite the efforts that have been made to promote breastfeeding in China since the 1990s, there is still a very low prevalence of exclusive breastfeeding. The objective of this study was to assess the current situation of infant feeding practices during the postpartum hospital stay in urban and rural areas of the Deyang region.

Cross-sectional sampling was used in two urban hospitals and five rural clinics in the Deyang region of southwestern China. Interviews with mothers after delivery (urban n = 102, rural n = 99) were conducted before discharge and five focus group discussions were held. 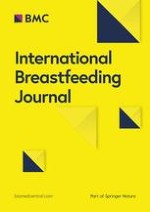 Determinants of early initiation of breastfeeding in Amibara district, Northeastern Ethiopia: a community based cross-sectional study