Rising risk factors have made leishmaniasis a growing public health problem in many countries around the world. While some risk factors are associated with a specific eco-epidemiological unit, others affect all forms of leishmaniasis. The purpose of this study was to analyze the epidemiological situation of visceral leishmaniasis (VL), to determine the distribution of VL areas and to improve the epidemiological surveillance system against VL. In this cross-sectional study, the data on VL cases were collected from local health centers in the Republic of Azerbaijan in 2014–2018 to establish a geodatabase using ArcGIS10.4. Data analysis was conducted using SPSS25 and ArcMap Spatial Analyst. The prevalence of the disease was calculated as 1.7 per 100,000 populations in this period. Two hotspots were found in Berde and Terter regions of the Republic of Azerbaijan with 14.70% and 14.12% of total cases, respectively. There was an increase in the incidence rate of VL in the Republic of Azerbaijan from 0.63 in 2014 to 4.31/1,000,000 per populations in 2018. There was no spatial autocorrelation between the county and the total number of cases (P > 0.05). According to the derived distribution maps, the disease is spreading to new locations in central and northwest parts of the country. The number of cases increased from 2014 to 2018 fivefold. Therefore, due to the endemic nature of the disease in some parts the Republic of Azerbaijan, increasing physicians’ awareness, especially pediatric specialists of the disease, and conducting control measurements in these regions are recommended. 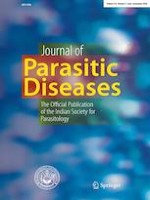 Can thick-shelled eggs of Capillaria philippinensis embryonate within the host?