Modeling the Long-Term Cost-Effectiveness of IDegLira in Patients with Type 2 Diabetes Who are Failing To Meet Glycemic Targets on Basal Insulin Alone in The Netherlands | springermedizin.de Skip to main content
TOOLBAR 1 2 3 4
SUCHE MENÜ 1 2 3 4

Insulin degludec/liraglutide (IDegLira) is the first basal insulin and glucagon-like peptide-1 receptor agonist (GLP-1 RA) in a single pen injection device, and a once-daily treatment option for patients with type 2 diabetes mellitus (T2DM) who are uncontrolled on basal insulin and require treatment intensification. The objective of this analysis was to evaluate the long-term cost-effectiveness of IDegLira versus basal-bolus therapy (insulin glargine U100 + 3× daily insulin aspart) for patients with T2DM uncontrolled on basal insulin [HbA1c >53 mmol/mol (>7%)] in the Netherlands.

Cost-effectiveness analysis was performed using the validated IMS CORE Diabetes Model from a healthcare payer perspective. Outcomes were modeled over patient lifetimes in a cohort with baseline characteristics from the DUAL™ II trial. Treatment effect data were sourced from a statistical indirect comparison (pooled analysis) of IDegLira with basal-bolus therapy.

IDegLira is an effective treatment option to improve glycemic control without incurring an increased risk of hypoglycemia or weight gain. This analysis suggests that IDegLira is cost-effective versus basal-bolus therapy in patients with T2DM who are uncontrolled on basal insulin in the Netherlands. 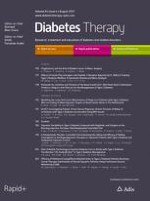 Glycemic Variability in Type 1 Diabetes Compared with Degludec and Glargine on the Morning Injection: An Open-label Randomized Controlled Trial

Rationale for, Initiation and Titration of the Basal Insulin/GLP-1RA Fixed-Ratio Combination Products, IDegLira and IGlarLixi, for the Management of Type 2 Diabetes

The Economic Burden of Insulin-Related Hypoglycemia in Spain

Improving Self-Management of Type 2 Diabetes in Overweight and Inactive Patients Through an Educational and Motivational Intervention Addressing Diet and Physical Activity: A Prospective Study in Naples, South Italy